On November 17th, the parliament of Sri Lanka passed long-awaited amendments to the Children and Young Persons Ordinance (CYPO). This is the key legalization that governs the child welfare and child justice system in Sri Lanka but dates back to 1939. The main recent amendments relate to the age of a child. Previously, only those up to 16 years were treated as children before the courts and as a result, there are 16-17-year-old children in prisons designed for adults. The United Nations Convention on the Rights of the Child (CRC) defines children as anyone under 18 years and defines a range of specific rights granted to them as they cannot fully articulate their rights or be considered adults fully responsible for all their actions. UNICEF, therefore, welcomes this amendment which aligns with the CRC and means all children can now be treated as children by the justice system. Those in prison with adults should be released or placed in institutions that are better able to support their rehabilitation. In addition, the amendments repeal the possibility of Court Sanctioned Corporal Punishment, which represents an important contribution towards prohibiting corporal punishment in Sri Lanka.

While the recent amendments to the CYPO are an important step in the right direction, there is more to be done. The principles of child protection have changed since 1939 and the issues facing children and adolescents have also evolved. It is high time that Sri Lankan children benefit from a legal framework and services that are fit for purpose, in times of crisis, and beyond.

The past few years have been tough ones for children in Sri Lanka.  Children and young people, whose lives had already been upended by COVID-19, once again, face an extremely challenging situation due to the ongoing economic crisis.

Even before the onset of the economic crisis in 2022, children and women in Sri Lanka were commonly exposed to some form of violence in their homes. As a proxy to children’s experiences of violence in the home, the 2019 Women’s Wellbeing Survey shows that 60 per cent of all women who reported any lifetime experience of physical intimate partner violence confirmed that their children had witnessed or overheard at least one incident. In 2017, a study by the National Child Protection Authority (NCPA) on the use of child disciplinary methods in schools in Sri Lanka, demonstrated that from a sample of 1,500 students over 80 per cent experienced corporal punishment. This included 72.5 per cent reporting any type of psychological aggression and over 50 per cent physical abuse in the term preceding the interview, including experiences of moderate to severe forms of physical aggression.

The limited national data on violence against children makes it extremely difficult to track progress in the realization of the right to protection from all forms of violence and abuse.

As one important action, in the first months of the crisis, UNICEF, the NCPA and Non-Governmental Organization (NGO) partners set up a system to monitor the cases of violence. Reports are made through various channels: to the police, to NGOs, to health services and directly to NCPA and Child Care and Probation Services. However, people are also scared to come forward, uncertain they will receive any tangible support, concerned about revictimization in the system or worried that the perpetrators, often a family member, friend or neighbour, will get into trouble. The cases reported are often the tip of the iceberg.

At the same time, there were increased reports in the media (https://www.sundaytimes.lk/220529/news/missing-child-in-atulugama-body-found-near-her-house-484218.html; https://www.sundaytimes.lk/220109/news/sri-lanka-shocked-by-raging-child-abuse-about-10300-cases-reported-last-year-468506.html) and from NGOs of serious cases of violence and abuse against children and women.

Another voice from civil society also points to the worsening of the situation.  “In the areas where Child Fund operates, we use to observe around 3 to 5 serious child protection-related cases in a year. In 2022, we have already received over 35 serious cases of abuse” said Nalaka Siriwardena, the Director of Child Fund.

In 2019, a report by the Department of Census and Statistics revealed that over 10,000 children live in children’s homes in Sri Lanka, the majority are adolescent girls. Over 80% of these children have a parent or family member alive. UNICEF believes that the best place for children to grow up is at home with their families. As families struggle to make ends meet, parents are making some difficult choices.

Over the last 6 months, there have been reports from front-line child welfare and protection services of increasing requests from parents to place their children in institutions. Data from four Provinces show that over 500 children were placed in children’s homes in the period from March-August. Families struggling to feed their families and keep a roof over their heads are driving this concerning trend.

At the same time, the Sri Lankan Bureau of Foreign Employment (SLBFE) has reported a rapid increase in the number of persons taking on jobs overseas. In September, the spokesperson for the SLBFE stated that 208,772 Sri Lankans that have registered with the Bureau had left during the year.

Whilst child welfare and protection staff have remained on the ground throughout the crisis, their budgets have been reduced and, like everyone else, they have limited access to petrol. They can no longer afford to provide all the services that families need to stay safe and stay together.

“In Sri Lanka, we do not want to lose ground on the good progress that has been made. Child Labour rates (less than 1%) and child marriage rates (less than 2%) are some of the lowest in the region” according to Miranda Armstrong, UNICEF’s Chief of Child Protection.

The institutions that govern the child protection system in Sri Lanka – the National Child Protection Authority, the Department of Probation and Child Care Services, the National Secretariat for Early Childhood Development and the Bureau for the Prevention of Abuse of Children and Women under the Police – do not have a mechanism to come together regularly to discuss the key child protection priorities and work together more holistically to find solutions. Similarly, the strong social service workforce for child protection in Sri Lanka cannot fulfil its role without improved coordination. There are many competent front-line workers, including Probation Officers, Child Rights Promotion Officers, NCPA Officers, Women’s Development Officers and Grama Nilhadari’s, all of whom can play a crucial role in preventing violence and responding to cases of abuse, neglect and exploitation. For that, they need to come together, clarify their roles and advocate for budgets that can enable them to deliver services to families.

So, in order to prevent a child protection crisis in Sri Lanka, what needs to be done? 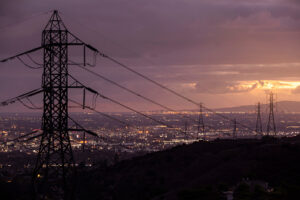 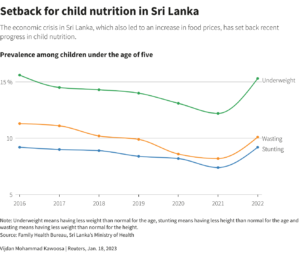